I'm a Photoshop user trying to switch over to Pixelmator Pro, and I'm stuck on something that might be obvious for Pixelmator folks. The end result is that I want to export multiple layer groups using Export for Web at the pixel size of the document I'm working with. That is, when I export the layer groups, the layers are cropped to the image size, not the size of the largest element on the canvas. Let me walk you through what I'm doing. 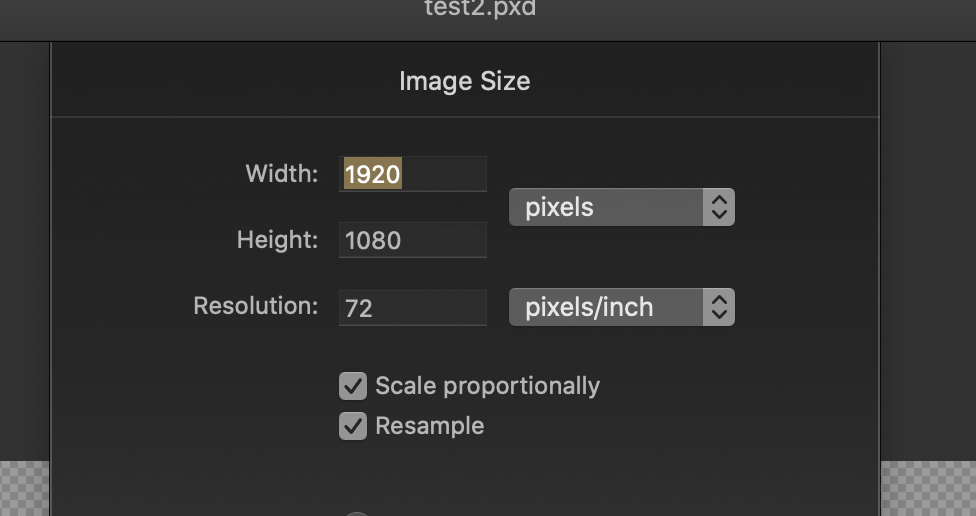 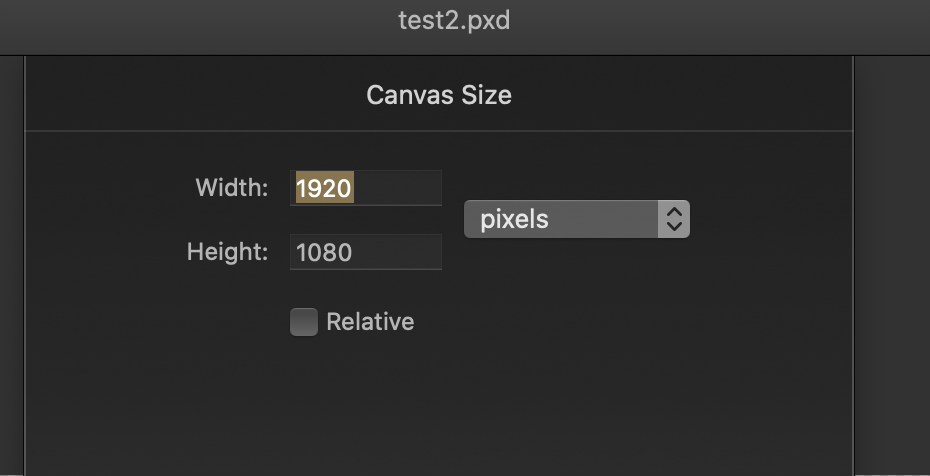 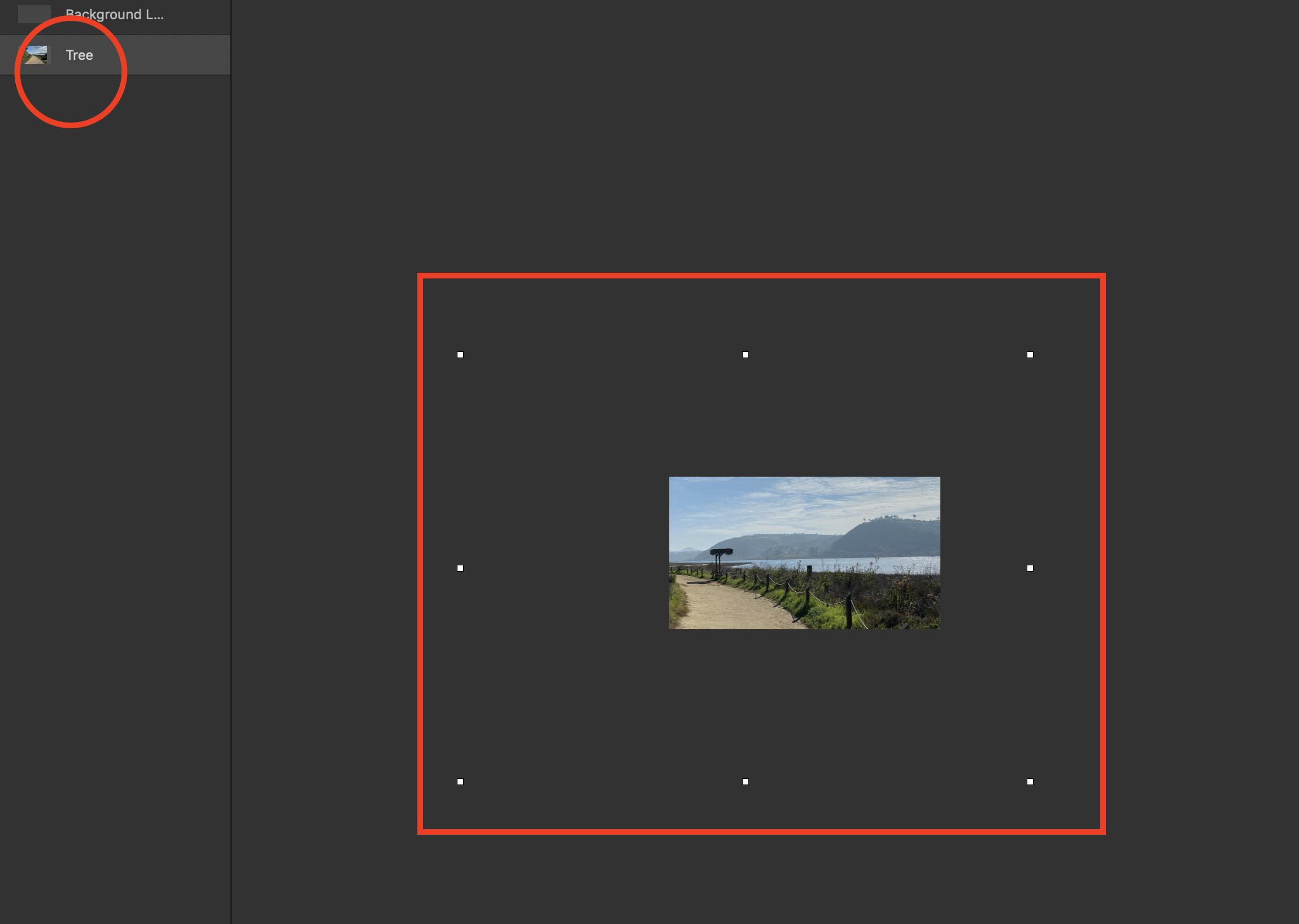 Throw some text on top and make it a layer group. 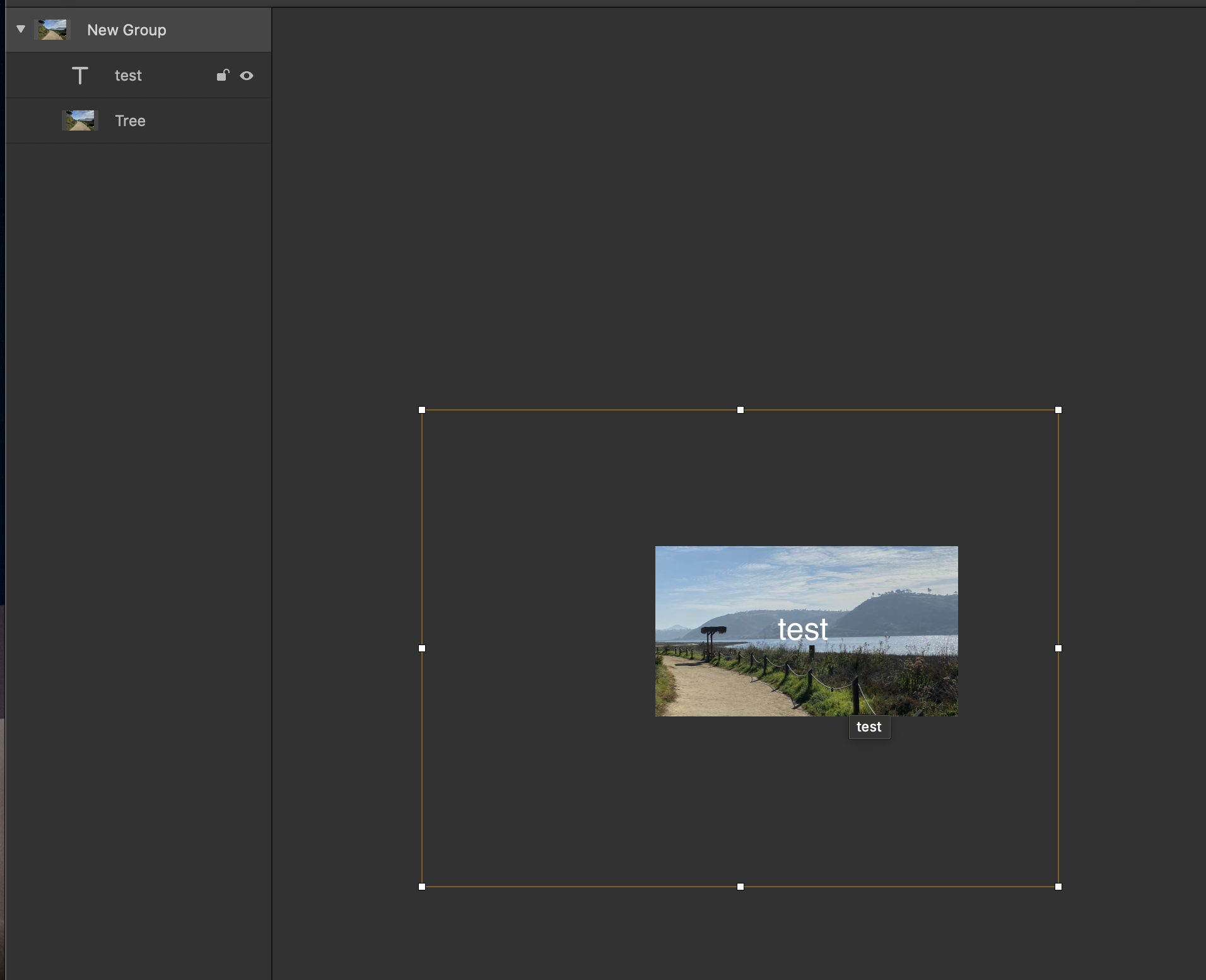 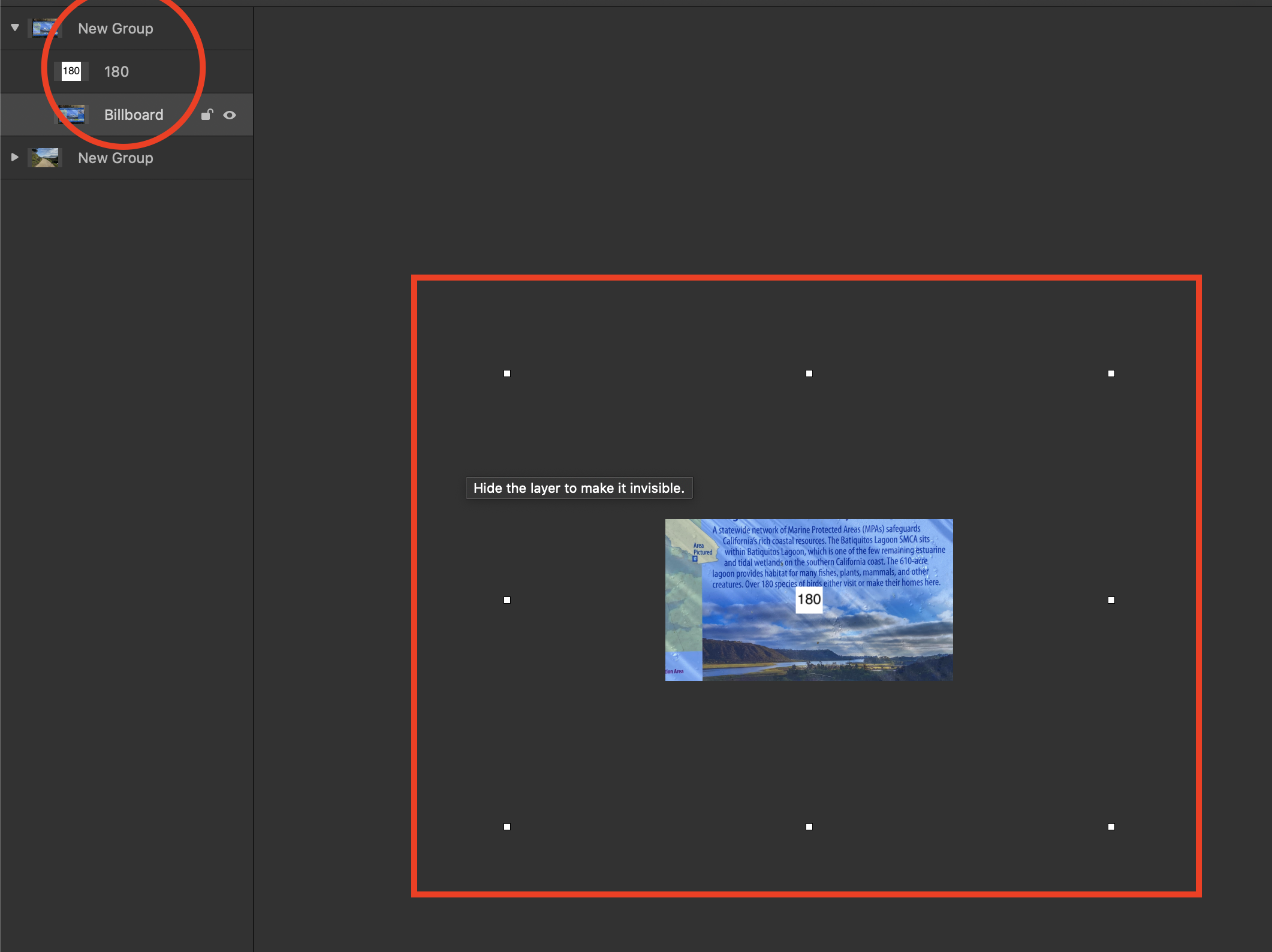 Add the groups to export for web 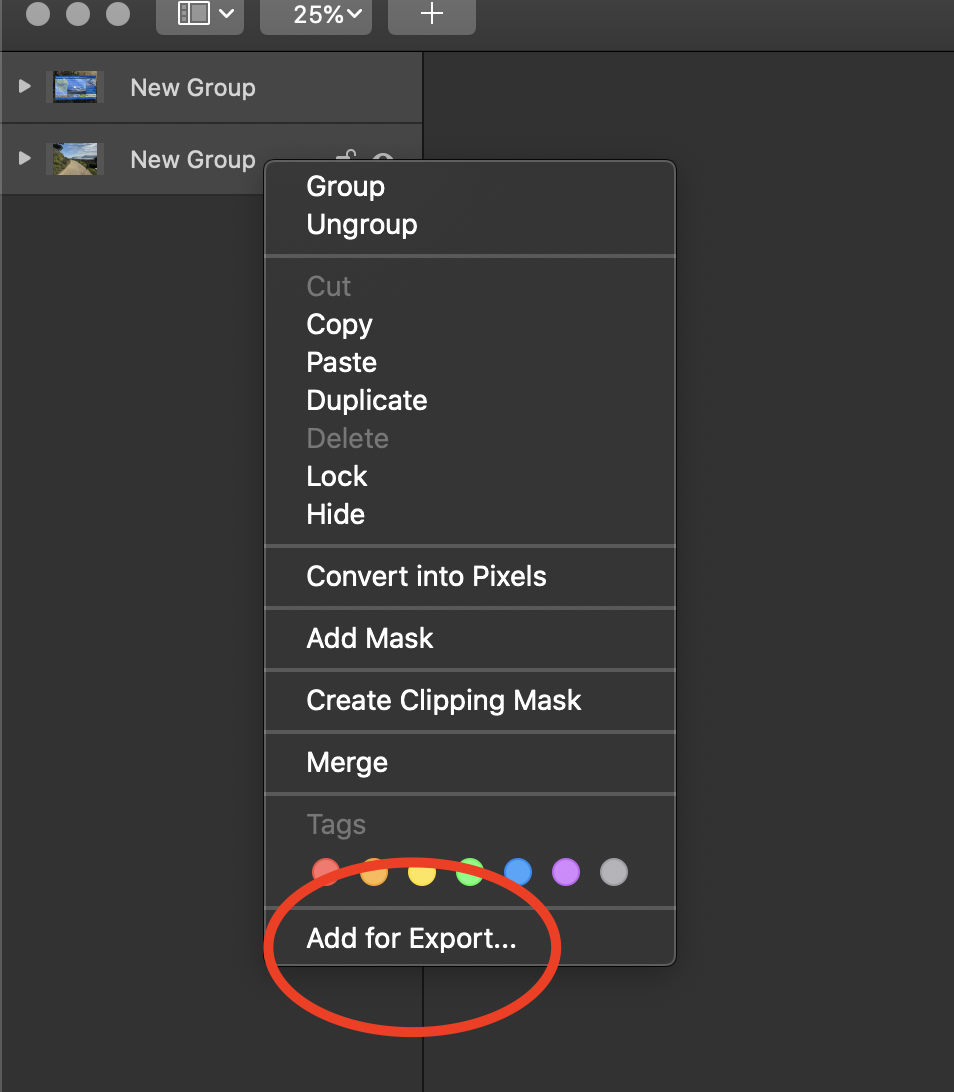 And this is where my disconnect occurs. The layer groups are exporting at the size of the largest canvas elements (the big images at 4032 × 3024), not the size of the image document that I originally created (1920x1080). 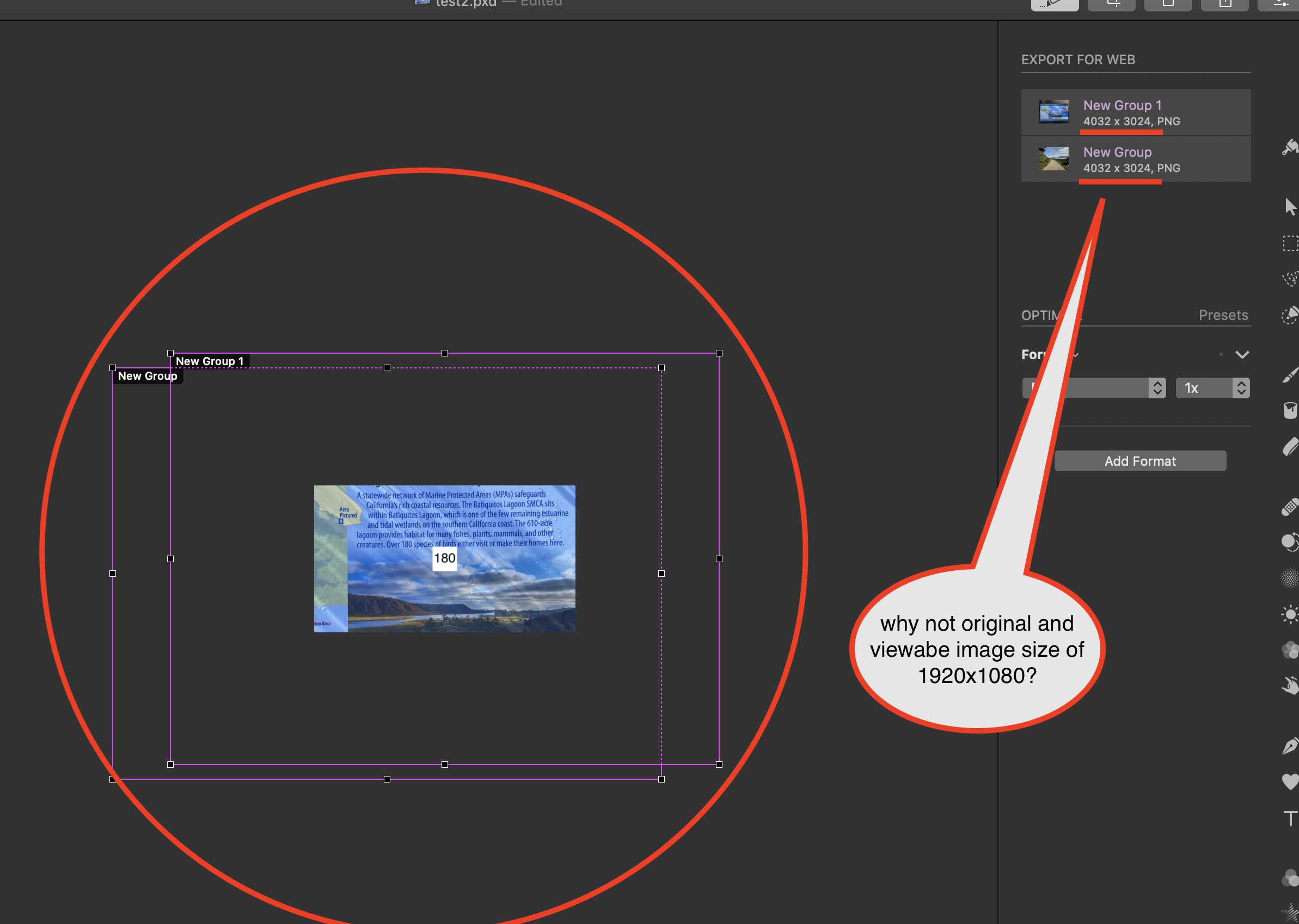 Is this the intended behavior? Do I have to individually crop every image in the layer group to the document image size? I'm not understanding why, if you create an image at 1920x1080, it won't export multiple layer groups at that same resolution.

FYI, if I just export a single image using Quick Export (which would just be the visible elements on the document), it will export at 1920x1080, the correct size.

Am I missing something simple here?
0

Hey Cris, thanks so much for the very extensive feedback! You're right, this is actually how things are designed to work but it's also something we should probably improve. I've passed the feedback on to the devs and we'll think about it.
0

I appreciate that, thanks for jumping into the thread. Yea, even if there was a checkbox on export to do the whole canvas or just the image size, it would be huge. I'm trying to export multiple layer groups at the same time (trying to replicate some of the Layer Comp functionality from Photoshop). Having that would let me make the switch. Guessing it would be the same for other folks too.
0

And while I'm hear, is there any obvious workaround that you can think of to let me export multiple layer groups at the image size of the document?
0

by Cris Hazzard 2020-03-23 09:32:15 And while I'm hear, is there any obvious workaround that you can think of to let me export multiple layer groups at the image size of the document?

If you think you'll need the out-of-canvas image content later on, the fastest workflow I can think of is setting up Quick Export presets with the settings you need, changing the visibility of each layer one by one, and then exporting using those Quick Export presets. To set up a Quick Export preset, you just need to create a regular preset in Export for Web.

If you won't need the out-of-canvas image content, then, after resizing each layer, you could press the Command-A keyboard shortcut to select the bounds of the image, then press Shift-Command-J to cut and paste the selected content as a new layer and add that using Add for Export, deleting the original layer.

Oh, actually, there's one more thing I've just thought of — you could make the Command-A selection as above, then use Command-J to copy and paste as a new layer, adding the new layer for export and leaving the original layer intact hidden as a backup, just in case you might need it later.
0