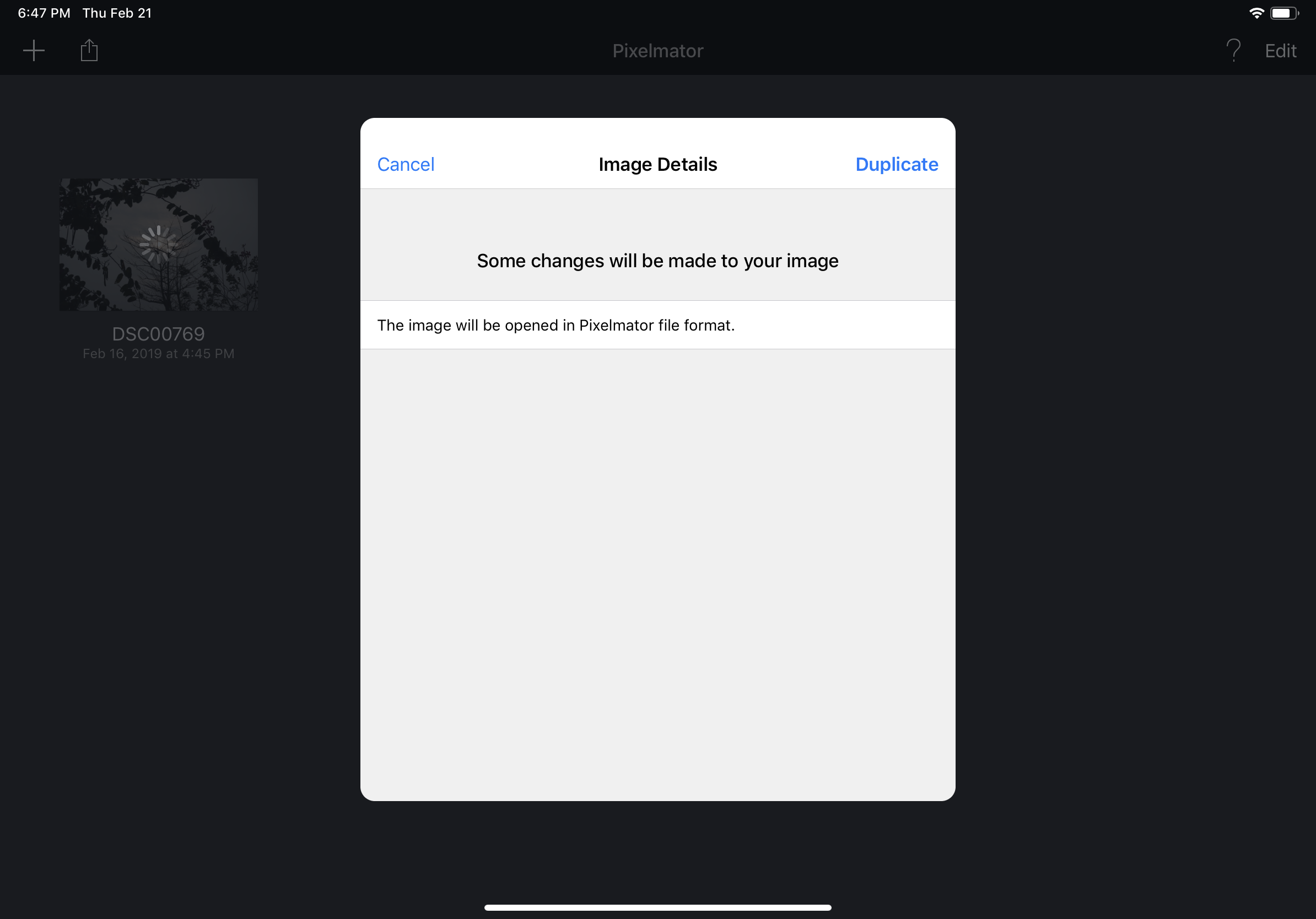 I imported some .arw(a raw file of sony) files into my photo library, and tried to open them in pixelmator. But I found it actually didn’t open the files as
raw files. Then I tried to open those files through iCloud. And it revealed as the photo below. Then I tapped “duplicates”, and it became the situation I open it through photo library.
0

Hey there, Pixelmator for iOS doesn't currently support editing RAW images natively, so that's why they're opened as uncompressed, regular images. But we're working on an app called Pixelmator Photo which is designed from the ground up for editing RAW photos, so that might be something to keep an eye on...
0

Thanks, I am going to join pixelmator photo beta.
0

Great, drop me an email at andriusg@pixelmator.com and I'll add you.
0

Hello, where is this now in may for Pixelmator photo? I had bought pixelmator for iOS only to find out that it doesn’t work with ARW files.
0

Apologies, I'm not quite sure what you mean by this... If your question is whether Pixelmator Photo can open ARW files, the answer is yes.
0